"Water Entanglement", a Sci-Fi novel, explores humanity's potential evolution linked to our relationship with an entity that remains as mysterious as it is common and life-giving. An entity that most indigenous peoples call alive.

"Water Entanglement" written by Claudiu Murgan, Richmond Hill resident, is going to be the main subject of the interview on Wednesday, July 25th @2:30 PM EST on That Channel – Liquid Lunch TV Show. The subject of the book is a hot topic these days and has attracted the attention of the TV show's hosts, that in the past had other authors invited to talk about water. 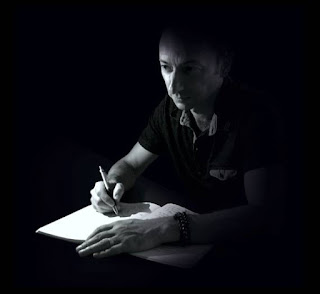 Murgan sets up the plot in a near-future Toronto among growing tensions and politics surrounding a crisis of water scarcity in the 2050s and the continued short-sightedness of climate-denying politicians and corporate Earth.

In his novel, water is an active character in the plot, influences the life as we know it, brings suffering, but also hope that things can get better if humanity will pay attention to the signs nature is sending us.

"Water Entanglement" explores humanity's potential evolution linked to our relationship with an entity that remains as mysterious as it is common and life-giving. An entity that most indigenous peoples call alive.

"When will we understand that water has memory, water is alive and the time for her to awaken is NOW?

"In 2055 water activists are fighting against irresponsible corporations that pillage the earth. Hayyin, the hidden identity of Cherry Mortinger, a limnologist, is leading the movement. Will she be able to prove that water has memory and is alive and that we could awaken to the possibility of facing a fierce battle against the primordial element that gave us life: WATER?

"Since the creation of the earth, water and crystals have weaved their paths into a billion-year-long tapestry that has captured the cycles of nature's evolution. It has observed the appearance of humans and their troubled, but fascinating development, and the energies and vibrations of everything that is part of this amazing eco-system."

Watch live on Facebook or come in person at the Global Launch of "Water Entanglement" on Saturday, Aug 18 – 4:00 – 6:00 PM EST in Toronto. International scientists and authors will participate in a lively discussion about water. A nine-year-old artist will present her water-related artwork. Book prizes and other surprises will be offered to the participants.

Fifty per cent of the royalties generated by the online sales will be donated to Project Aware – www.projectaware.com

About Claudiu Murgan:
Claudiu Murgan was born in Romania and has called Canada his home since 1997. He started writing Science Fiction when he was 11-years old. Since then he met remarkable writers that helped him improved his own trade.

His first novel it's a Fantasy that highlights his belief in a potentially better world if the meanings of Love, Gratitude and Empathy could be understood by all of our brothers and sisters. 'The Decadence of Our Souls' was translated in the Romanian language and launched in Romania on June 2018.

'Water Entanglement', his second novel, it's Science-Fiction about the real meaning of water in our lives, a manifesto that brings awareness to the water crises that is impacting us as a species. The novel was published in June 2018.

Claudiu's experience in various industries such as IT, renewable energy, real estate and finance, helped him create complex but real characters that brought forward meaningful messages.

You can hear the radio and TV interview Claudiu gave in the last 12 months on his website claudiumurgan.com

About ThatChannel:
ThatChannel is a forum for free speech, with the intention of supporting the members and potential members of our community of stakeholders.
ThatChannel has been reinventing media since 2004 by serving its Toronto and Waterfront communities. Join the more than 10,000 people who have told their story on ThatChannel. Get the word out about your business, art, product, service, cause, or organization. www.thatchannel.com