To The End Of The World, Book 1 in The International Best Selling Malamor Trilogy, Finally Arrives in English in the United States

The literarily phenomenon that has captivated readers in 21 countries and is now in its 14th edition will be released in English for the first time this fall.

Miami, FL, August 23, 2018 -- How far would you go for love? That is the premise of To the End of the World, the first book in the internationally acclaimed Malamor Trilogy, which is the brainchild of world-renowned author José Ignacio Valenzuela, better known to his fans simply as Chascas. This cross-over trilogy that international audiences couldn’t stop reading has been nothing short of phenomenal. Now, the journey to the end of the world has finally made its way to English-speaking audiences and book lovers in the United States and will be available on August 28th (Deletrea Books & Content). 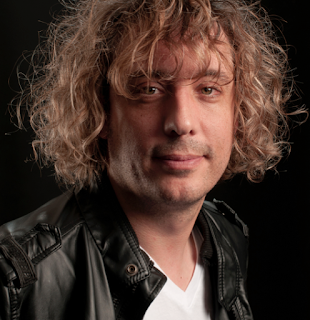 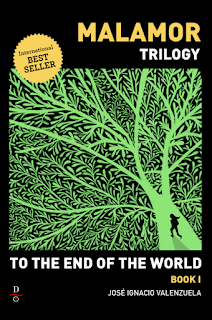 The book is a story of love, betrayal and fantasy, where a trip to the end of the world becomes the ultimate quest for survival. The intricate and powerful storyline keeps readers at the edge of their seat from beginning to end. When Angela receives an eerie text message from her estranged, best-friend Patricia, her heart stops. Something is off, and Angela knows it. She quickly embarks on a biting quest to Almahue, a small town in the Chilean Patagonia, which, according to the Malamor Legend, is cursed to live without love or facing death. Deception and mystery unfold, as true love leaves Angela defying the legend she once brushed off and fighting alongside the entire town for their own lives.

Valenzuela tells us, “I can’t begin to explain how thrilled I am about finally launching one of my books for English-speaking readers! But especially this book, which has brought me so many joys: I have seen fans dress up as the characters and even gone as far as getting tattoos based on the story, it has become required reading in many countries… it has gone beyond my wildest dreams.” While the Malamor Trilogy falls under the very sought-after genre of Young Adults, it has been embraced by audiences of all ages. The big news for fans is that movie rights have been sold, which means it could be coming to the big screen in the near future. “I can’t give you too many details right now,” he comments slyly, “but yes, rights were sold and hopefully we will have more great news to share with my beloved readers soon.”

To support this important launch among English-speaking readers, Valenzuela will begin a broad media tour throughout the U.S. that will take him to the most prestigious book festivals in the country and on a full-blown press tour in major cities. He explains it is just thrilling for him to get to know new readers, as he writes for them, and especially as he anticipates them discovering the trilogy characters already beloved by audiences in other countries.

To the End of the World will be released in the U.S. on August 28, 2018 by Deletrea Books and Content and will be available in book stores across the country and digital platforms, like Amazon, both in e-book and paperback. It is also available nationwide through major wholesalers.

About the author:
Chascas’ trajectory reads like that of a young prodigy. When he was only 20 years old, he wrote his first telenovela for Chilean television, which launched an extensive literary and screenwriting career. Born in Chile, he has published over 15 books, many of which became international best sellers, including the Malamor Trilogy. He has been recognized as “One of the ten best, young Latin American writers” by About.com (a subsidiary of The New York Times) and won a Prix du Grand Jury in France.

As a writer for television, he has received an Emmy nomination for his 2004 TV series Amores and has written over 20 other television series in countries like his native Chile, Mexico, Puerto Rico and the U.S. The biggest hits on his television career include La casa de al lado (USA, 2011), which won Best telenovela of the year at the Miami Life Awards and has been seen in over 100 countries and Santa Diabla (USA, 2014), which was a big winner at the ‘Premios Tu Mundo’ (NBC/Telemundo) and was sold in over 90 countries.

About the publisher:
Deletrea Books and Content publishes books across all genres and interests with the utmost care and enthusiasm. We follow traditional industry guidelines and carefully select the authors and projects that we publish, and work closely on every step of the process, from concept to sales. Based out of Miami, our adult and children's titles are widely distributed in the United States and Puerto Rico.