Grammy-Winning artist co-signed Al Coe for his Drive, his style of music and the rawness of how he creates. Al Coe This project has Akon, Money bag, which was released this summer 18’.

New York, NY, Jan 15, 2019 -- Grammy-Winning artist co-signed Al Coe for his Drive, his style of music and the rawness of how he creates. Al Coe This project has Akon, Money bag, which was released this summer 18’. Al Coe has created a major buzz in New York , Atlanta and abroad with his music and Akon and Dj Holiday Co-signing his artistry. When he released “Another Party” featuring Mass Appeal Recording Artist “Dave East”, that single went straight to the streets to the indie music charts hard with a lot of great feedback. With the influences of Jay-z, Nas, Kanye West, Young Jeezy and 50 cent, his music reflects the greatest that has done it and still doing it. 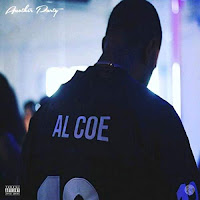 Now he is coming with some more heat! When you find my music I want you to listen to my story and understand what I’ve sacrificed and been through to get to this point in my career and why I’m not stopping. - AL Coe . This Album is just touching the surface of what is to come this Spring 2019 for the 2 nd Quarter.

Snoop Dog quoted “He got it!”. While concentrating on his upcoming debut Album called “COESIGN”. He has also worked on music for a film project starring actor Columbus Short. Today, AL Coe has studied this music game he plans on using this outlet in music to be able to speak on political matters, and making sure he spreads love through this avenue and of coursed good music. He plans on using his likeness and his up n coming celebrity status to get other influential artists to be a part of giving back to urban communities.

Although he wrapped up his current projects, he has his new project that he is currently working on to release this Spring featuring, Akon, Dave East, and more.