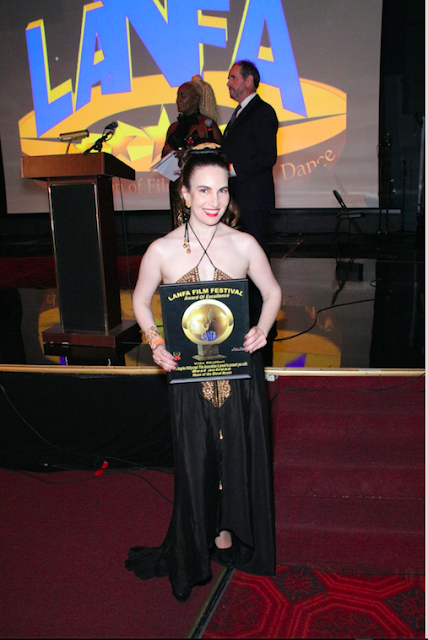 In this film, a small coastal town is terrorized by the legendary "Blood Beast," a horrific, mythical creature that returns during the cycle of the Harvest Moon that garners sacrifices in exchange for protecting the secluded town. D.T. Carney, Mike Ferguson and AVN Award Winner Alana Evans round out the cast.

This film had it's world premiere this past May on WGUD-TV in Pascagoula, Mississippi during their popular "After Hours Cinema" programming, which is hosted by Lee Turner. A limited edition VHS edition from Nemesis Video (who previously released Ferguson's "Blood Claws" and "Shockumentary") will be dropping, following by a streaming release through Troma Now (The Toxic Avenger). DVD details are still under wraps at the moment.

About LANFA:
Acclaimed filmmaker, King Bassey, founded the Los Angeles Nollywood Film Festival in 2012, and this prestigious international film festival has been held annually for the past seven years. Over the years, the goal of LANFA has been to provide a platform for creative artists to produce and showcase their unique artistic abilities, increase the level of awareness in the community, promote the brand, and to strengthen and grow the credibility of the group and the filmmaking community at large. Please visit: http://www.lanfaa.com/

About Vida Ghaffari:
Vida Ghaffari has been active on the Tinsel town scene as an award-winning actress and voiceover artist. She was recently featured twice in Variety for her starring role as the brilliant scientist Nikita in multi award-winning filmmaker Harley Wallen's sci-fi thriller Eternal Code, opposite an impressive ensemble cast consisting of Scout-Taylor Compton, Richard Tyson, Billy Wirth, Mel Novak, Kaiti Wallen and Yan Birch. She was also featured in Variety once again for her role as the alluring and mysterious Cassandra opposite legendary actor Tony Todd in Realm of Shadows.

More info about Vida at: http://www.imdb.me/vidaghaffari