Singapore, Aug 23, 2019 -- One-year-old BiKi.com’s recent entry into CoinMarketCap’s listings on August 21st sees the exchange debut at an impressive Top 16th ranking, based on adjusted trading volumes. The young trading platform only began building its international team in March this year and within a couple of months, was listed at established exchange listing site, CoinGecko, also debuting within Top 20 rankings. BiKi has received investments from Huobi co-founder Du Jun, Genesis Capital, FBG Capital, ChainUP and others totaling approximately 10 million USD. The last 3 months has also seen the young exchange being recognized in the industry by several respected news publications, most notably by Forbes, that listed BiKi in the Top 10 Blockchain Companies to Watch in 2019. 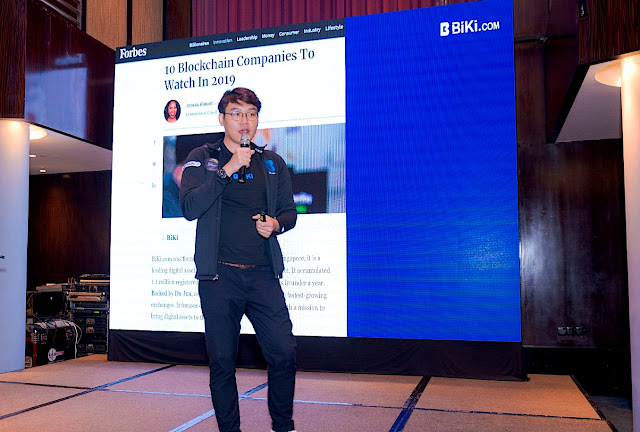 The digital assets exchange recently announced its massive plans for globalization from now to year end. Outside of China, where it has a massive community, the platform has successfully ventured into Vietnam and Toronto. Its CoinTime Vietnam Summit was followed by an elite VIP dinner attended by 100 of the industry’s most high-profile financial institutions, organizations, industry leaders, influencers, projects and media in Vietnam and regionally. Likewise in Canada, BiKi had a full-house turnout at their VIP Lunch, where it garnered support from industry specialists including Bitcoin Foundation Chairman, Brock Pierce. There, the BiKi Team  successfully developed an ecosystem of VC’s and blockchain-related agencies who were enthusiastic to come on board as BiKi Partner Nodes. 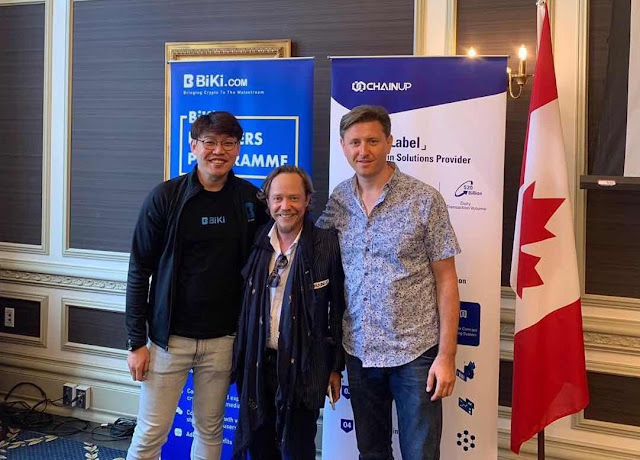 BiKi will continue its outreach initiatives next at the premium blockchain event by Coindesk in Singapore, Consensus: Invest Asia, where besides taking a booth, it will be hosting the exclusive after-party; then in London, where BiKi Southeast Asia CEO Ethan Ng has been invited to speak at Codex as one of the World’s Top 50 Innovators, followed by another global meetup.

Positioning the exchange as the gateway to globalization and the ‘NASDAQ’ of the blockchain space, BiKi takes pride in listing ‘hot’ tokens on a moment’s notice. Seen as one of the two hottest exchanges in 2019, the exchange differentiates itself from its peers through its innovative marketing, user acquisition and community management strategies of their currently 2,000 strong community partners. It has also set its sights upon bringing along all its listed projects to the different markets in its global initiative so that both exchange and projects grow alongside each other. Targeting both quantity and quality, BiKi judiciously pools the network and resources of their select partners and projects, thereby resulting in a wider industry circle where all are able to leverage on the benefits of such a network effect. 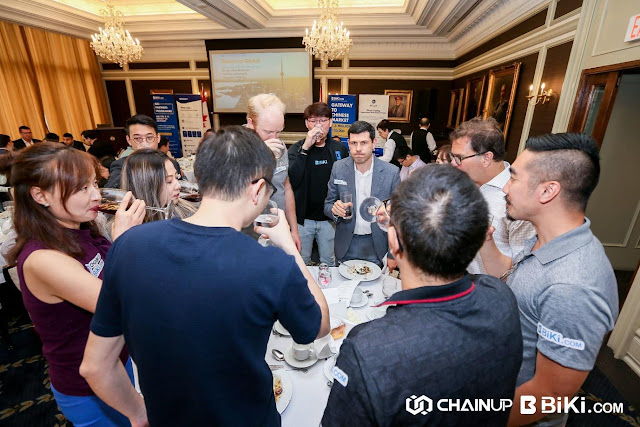 In line with BiKi CEO and Founder Winter’s four ‘News’ - New Assets, New Liquidity, New Model and New Team - BiKi’s new motto Empower with ‘New’ and Connect with ‘Heart’ reiterates those themes while it focuses on connecting and benefiting everyone in the crypto ecosystem. These initiatives have definitely resonated well and as can be seen when BiKi recently celebrated its first year anniversary, the outpouring of support and well-wishes for its journey forward garnered close to 2,000 engagements on social media.

With conferences and events presently being planned for Seoul Korea, Malta, Osaka Japan, St Petersburg Russia and San Francisco USA, it is safe to say that BiKi is covering the crypto industry’s hottest regions. If the exchange continues to keep up its present momentum, it will undoubtedly be well on its way to reaching its goal of ultimate globalization.

About BiKi.com:
Headquartered in Singapore, BiKi.com is a global cryptocurrency exchange ranked Top 20 on CoinMarketCap. BiKi.com provides a digital assets platform for trading more than 150 cryptocurrencies and 220 trading pairs. BiKi.com is focused on providing the safest, most stable and most effective cryptocurrency trading platform. 100% of the transaction fees are used in buyback and burning of platform token, BIKI. Since its official opening in August 2018, BiKi.com is considered one of the fastest-growing cryptocurrency exchanges in the world with an accumulated 1.5 million registered users, 130,000 daily active users, over 2,000 community partners and 200,000 community members.