The Chiropractic Society of Rhode Island (CSRI), one of the oldest chiropractic associations in the country, concluded its Healing Hands Glove and Mitten drive to benefit Big Brothers Big Sisters of Rhode Island.

“Our patients are the best and we knew they would jump right in and contribute,” said Dr. Malchar. 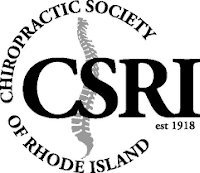 Collections for the Healing Hands Glove and Mitten Drive began at participating chiropractor offices on December 1 and ended on January 31. Both new and gently used gloves and mittens were gratefully accepted. More than 29 chiropractors in Rhode Island are participating. Those are listed on CSRI’s website at https://www.richiro.org/.

The program was also sponsored by the Rhode Island Newspaper Group (RING), which includes 19 newspapers throughout the Ocean State. RING ran ads promoting the drive.

“As chiropractors, our entire livelihood depends on our hands so we know what delicate instruments the hands can be. To be without mittens or gloves during the frigid winter months, particularly those who are homeless, can be extremely damaging to the hands,” said Dr. Michael Zola, president of the CSRI and a chiropractic physician. “We thank all those who donated and the participating doctors who helped raise awareness about this issue among Rhode Islanders with this drive.”

To generate as many donations as possible, CSRI invited all Rhode Island chiropractors to participate, with no fee involved. Chiropractors placed donation boxes in their waiting rooms and passed out flyers to patients. The Big Brothers Big Sisters of Rhode Island handled collection and disbursement.

About Big Brothers Big Sisters of Rhode Island:
Big Brothers Big Sisters of Rhode Island is a 501(c)(3) non-profit organization dedicated to pairing adult mentors with children between the ages of 7 and 15 years of age. BBBSRI seeks to provide children facing adversity with strong and enduring, professionally supported one-to-one mentoring relationships that change their lives for the better, forever. BBBSRI’s mission is to create and support one-to-one mentoring relationships that ignite the power and promise of youth.

About Chiropractic Society of Rhode Island (CSRI):
Founded in 1918, CSRI is one of the oldest chiropractic associations in the United States and represents more than 25 percent of the chiropractic physicians in the Ocean State. In addition to providing a regional voice for chiropractors in the business and legislative arenas, CSRI also helps educate the general public on the benefits of chiropractic. Those all-natural benefits can include relief from headaches, asthma, osteoporosis, osteoarthritis, carpal tunnel, colic, and stress, just to name a few. The Chiropractic Society of Rhode Island is located at 1272 West Main Road, Building 2, Middletown, RI 02842. For more information, call (401) 207-0700 or visit www.RIchiro.org.