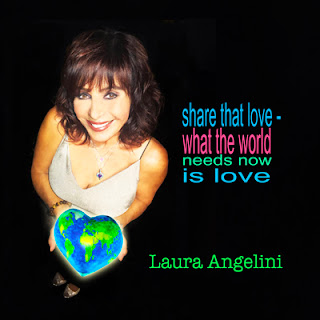 WHEN & WHERE:
At an official Solidarity WorldPride New York City after hours party event happening at the PlayStation Theater in Times Square, 4 a.m. to noon, Saturday, June 29.

Twisted Dee is one of two renowned DJ’s at the after hours party event, from 4 a.m. to noon Saturday at the PlayStation Theater in Times Square. She will be joined by DJ Javier “Elwood” Medina.

In all, nearly three dozen DJ’s are expected to host this weekend’s three nights of official WorldPride events occurring across the city.

The after hours party is billed by WorldPride organizers as: “The perfect merger of sex appeal and hard pumping late night music” and it’s promised music and dance at the event “will reverberate your bodies deeper and deeper into the bowels of New York's exclusive underground scene.”

Twisted Dee’s new remix is expected to be a highlight of that event.

The DJ, known to many of her followers as “sexy, primeval and powerful,” said she’s proud to have worked with her DJ partner Diego Fernandez on the “beautiful song” sung by Laura Angelini, who “has the most beautiful voice.”

The song - which combines a remake of the 1965 Hal David hit “What The World Needs Now Is Love” with a more contemporary flavor from another David, Internationally known trumpetist, singer and producer David Longoria’s “Share That Love.”

Longoria, producer in Studio City, Calif., wrote the song specifically for Angelini, who came to him asking for a way she could vocally and visually share what was on her heart.

Angelini’s primary passions include: the environment; animals; and, humanity.

“What The World Needs Now/Share That Love” is timely and fitting for the weekend Big Apple event, according to Twisted Dee.

“With the State of Affairs in this country right now, this song could not have come at a better time. Truly, what we all need is love,” she said, adding, “Happy Pride everyone!”

Angelini also is enthused about the Twisted Dee remix of her song coming out at the WorldPride event.

“I’m excited to hear the Twisted Dee & Diego Fernandez WorldPride radio remix and am honored that it will be part of WorldPride weekend in New York,” she said.

Though now living on the other side of the country, Angelini is proud her song will be gracing the WorldPride event in the place of her birth.

“New York is hometown,” she said, adding, “I was born in Bronx, New York.”