It was 1968 when literary giant Horace Mungin penned his first published work, “Dope Hustler’s Jazz,” part one of a two volume set of anti-drug poetry.

Ridgeville, SC, July 19, 2019 -- It was 1968 when literary giant Horace Mungin penned his first published work, “Dope Hustler’s Jazz,” part one of a two volume set of anti-drug poetry.  “Dope Hustler’s Jazz” was the beginning of a writing career that started in the Black Arts Movement and would extend over five decades of literary contributions.  Horace Mungin Books is celebrating 50 years of intellectual success with the re-release of ten books, written between 1968 through to 2018 including his latest, “Swing, Hard Bop, Bop & Bebop.” The full collection of Mungin’s work provides a distinct and insightful perspective into the heart of African American culture and world views. 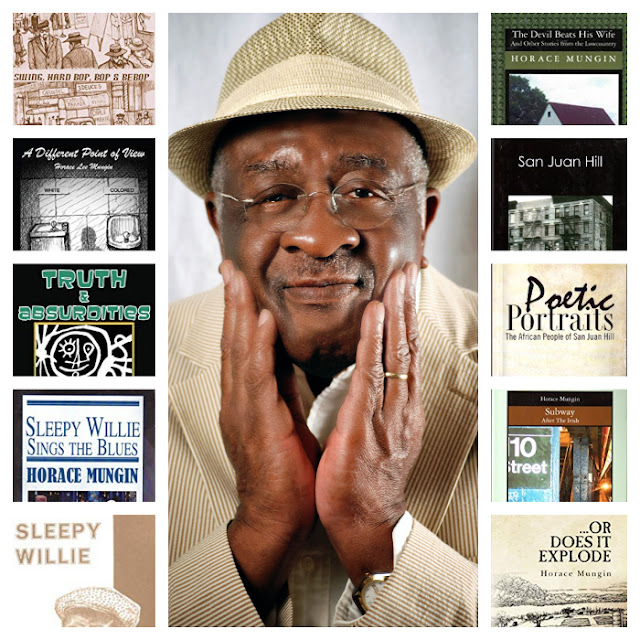 “It is my hope that the re-release of my past works incites, instigates and awakens a deep yearning for true freedom that I feel is lost with today’s hustle and bustle,” expresses Mungin, a former New Yorker now living in Ridgeville, SC in the Charleston, Lowcountry area. “I consider my books, whether poetry or prose, lyrical Afrocentricity. I have always given voice to the oppressed, providing what I consider a liberation patois where freedom is the goal.  My books are written in that universal dialect which is the weapon of the powerless that annuls one’s ability to feign ignorance. These books were written to satisfy the desire for an indisputable African American presence and greater knowledge of that existence in literature and in American life.”

The ten re-released titles traverse timelines, characters and plots. In 1980, Mungin started a syndicated column called “Sleepy Willie.”  These columns gave birth to two Sleepy Willie books. Sleepy Willie, the protagonist in both “Sleepy Willie Talks About Life” and “Sleepy Willie Sings the Blues” is a seemingly whimsical old man whose wisdom derives by way of his longevity and experience.

Mungin’s works range from the African American transformation of the New York City Transit work force in the 1960’s in “Subway: After the Irish,” to the fictional “…Or Does It Explode”, a cautionary look at where injustice could lead Black Americans.  On the other hand, “The Devil Beats His Wife” is a series of shorts set in the New South, chronicling the first and second generation of black and white people pushing against old racial barriers as they establish the new norm in attitudes.

“San Juan Hill” presents the coming-of-age memoir of a young boy growing up in the Amsterdam projects in mid-town Manhattan during the 1950’s on the crest of the Civil Right Movement. With “Truth & Absurdities,” Mungin presents essays that chronicle his family history in South Carolina and New York City while intertwining defense of the Barack Obama presidency.

A companion book to “San Juan Hill,” “Poetic Portrait: The African People of San Juan Hill,” provides sketches of the author’s neighbors who lived in the Lincoln Square community, from the famed Thelonious Monk to William Walker, the prototype for Sleepy Willie.   “A Different Point of View” presents fifty years of Mungin’s Black Liberation era poetry arranged in a manner that allows the reader to trace racial progress from the 1960’s to 2015.

“Swing, Hard Bop, Bop & Bebop,” Mungin’s most recent title, and the pinnacle of his vast library of work, is a celebration of the bebop era of jazz music with a collection of biographical prose and poetry, exploring over 60 of the greatest jazz artists of swing and bebop music ever assembled. The Music Department at Allen University, in Columbia, SC, produced “Manteca” a Bebop Jazz Revue based on the book!  Mungin’s magazine,   Black Forum which he started in 1970 and published for twelve years, is also part of a permanent exhibition at the National Museum for African American History and Culture about the Black Arts Movement.