Continuing in its quest for the grail of globalization, digital assets trading platform BiKi.com is venturing into previously unbroached territories.

Singapore, Dec 16, 2019 -- Continuing in its quest for the grail of globalization, digital assets trading platform BiKi.com is venturing into previously unbroached territories. 2019 has seen the young exchange expanding in Southeast Asia, Asia, the Western regions as well as Russia. It now makes its first foray into Latin America and the United Arab Emirates (UAE) regions to undertake the market needs of these regions. 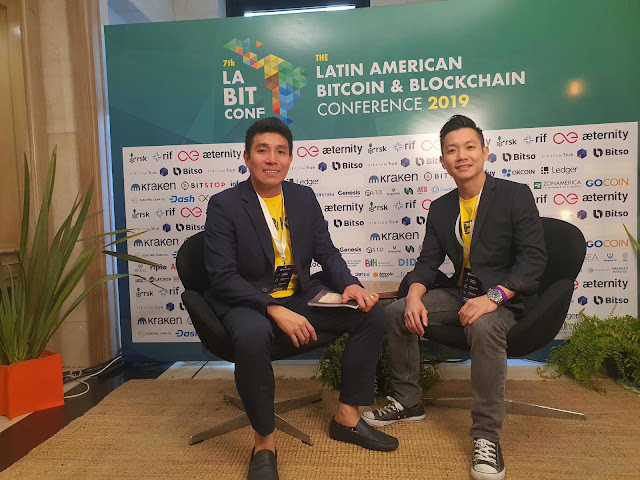 "We are venturing into these markets as the market is still very fresh and untapped,” said Ethan Ng, CEO of Biki.com SEA. “The people have many needs but few venues are serving them. We are there to learn about the market conditions and to cater and adapt our services and products to fit their needs. I believe that these areas could be the first to bring cryptocurrency to mainstream usage, followed by other countries. So we want to ensure they have a good experience trading crypto."

Part of the BiKi team has been deployed in Uruguay for the Latin American Bitcoin and Blockchain Conference 2019 (LaBitConf). As a non-profit, LaBitConf is highly anticipated in the region for its curated non-commercial content, attracting some of the most influential cryptocurrency and blockchain speakers.

With the exception of Bolivia which banned crypto in 2014, Latin America generally embraces cryptocurrency use and blockchain technology. BiKi.com will be forming partnerships and relationships to develop its presence in the region. Rocked by currency volatility in countries such as Venezuela, Argentina, and with the rising inflation in Brazil, there has been strong interest in Bitcoin and cryptocurrencies, interest that is on the rise. Long known to be a community-driven exchange, BiKi wants to understand the pain points the Latin American community is facing and cater to their needs.

Meanwhile, the rest of the international team have been making inroads in UAE, another untapped region for the young exchange. Attending the Blockchain Innovation and Investment Summit (BII SUMMIT) in Dubai, one of the top blockchain events in the Middle East, BiKi.com sees its venture in the region as a timely one.

With the Dubai government in the midst of implementing Dubai Blockchain Strategy 2020, an initiative which is deemed to usher in economic and investment opportunity for the city, the resulting growth in these sectors will inevitably drive up even more demand for cryptocurrency and trading services, an opportunity that BiKi is more than ready to tap into.

Alongside the exchange’s globalization initiatives, BiKi has also been driving ecosystem developments and platform upgrades, such as the launch of the BiKi Research Institute, the BiKi Mining Pool as well as new products on its platform such as lending, leverage, BiKi Fund and Incubator, not to mention a future financial public chain in 2020.

About BiKi.com:
Headquartered in Singapore, BiKi.com is a global cryptocurrency exchange ranked Top 20 on CoinMarketCap. BiKi.com provides a digital assets platform for trading more than 150 cryptocurrencies and 280 trading pairs. BiKi.com is focused on providing the safest, most stable and most effective cryptocurrency trading platform. 100% of the transaction fees are used in buyback and burning of platform token, BIKI. Since its official opening in August 2018, BiKi.com is considered one of the fastest-growing cryptocurrency exchanges in the world with an accumulated 2 million registered users, 130,000 daily active users, over 2,000 community partners and 200,000 community members. BiKi.com has received investments from Huobi co-founder Du Jun, Genesis Capital Zhu Huai Yang, FBG Capital, ChainUP and others totaling approximately 10 million USD.